The end of the process.
The time difference between past and future in the Space of Imaginary is corrected using the Shadow Border instead of the Paper Moon.
The origin of the name Paper Moon comes from the concept of “unify coordinates by writing something of a higher dimension on a plane.” The creator says that it has the image of a flat moon pasted on a “universe of aluminum foil” like the ones children make in Arts and Crafts. 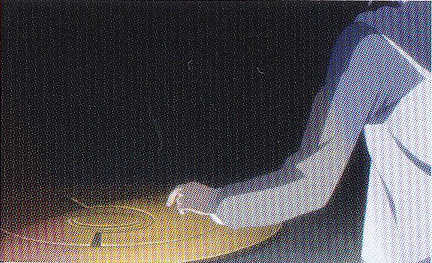