Researcher magus at Chaldea: Organization for the Preservation of Human Order. After piecing together his own theory he created the Near-Future Observation Lens SHEBA. He had given everything – even his life – in order to protect human history. Or so it seems…? 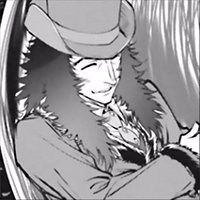 Dream of the dead.
A mage dispatched to Chaldea by the Mage’s Association.
He is the mage who developed the Near-Future Observation Lens SHEBA, but destroyed Chaldea from the inside and deserted.
His true identity is a demon god dispatched by the King of Mages to this era, Flauros of the 72 Demon God Pillars. The early stage of FGO is also a story about chasing this traitor of a mage.
He is described as a cruel character who puts the orders of the King of Mages first, but that’s after awakening to the factors of the Demon God. Even after accepting the mission as a Demon God Pillar, the basic structure of the personality he had cultivated until then survived.
Lev’s over-serious personality that doesn’t allow wastefulness and praises hard work, has been passed down to the Demon God Flauros as well. Flauros hates humankind and looks down on it because he is “furious at their worthlessness."
By the way, on the time axis of Fate/stay night, because this person commits suicide, the plan of the King of Mages is not fulfilled. 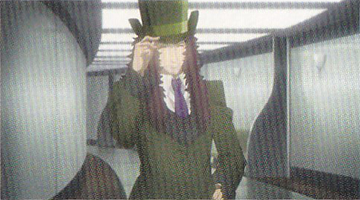