Shiki’s classmate. Her nickname is Sacchin.
She is a pitiable girl, who had been Shiki’s classmate several times since middle school, but never managed to capture his attention.
Since she wasn’t even a sub-heroine, we endeavored to give as plain a design as possible.
Just like Nrvnqsr, she didn’t appear in Old Tsukihime. (Though, she did exist as a fellow classmate).
At one point, the scenario director actually did scribble out a few barebones rough drafts for a pretty amazing Sacchin route, but in the end he decided the game was flashy enough already and reconsidered.
…By the way, that athletics storeroom with a door that always jams is actually something that exists in real life. There are even students that got stuck inside it, too.
Also, while we’re on the topic, allow me to explain what the club captain meant when she said keeping what happened quiet was a matter of the club’s survival, since it wasn’t very clear in the story itself. Basically, at Shiki’s middle school, students were constantly warned to be careful around the old storeroom. If a teacher found out that a group of students had disregarded those warnings and gotten stuck inside, there would be hell to pay.
And, since the badminton club only had six members, it would almost certainly be used as a pretext to abolish the club on the spot.
Though it seems that after Sacchin graduated, it was converted into a lacrosse club anyway.
…What a cutthroat school, huh?

Nickname: Sacchin. In Tsukihime, she is set as an unlucky girl. Despite having had a crush on Shiki since junior high, she did not talk with him properly until shortly before becoming a Dead Apostle. At the start of Melty Blood, when Sion talks about a girl who became a vampire before her eyes, she is talking about Satsuki. She has a low chance of appearing before the fight with Miyako, and that’s her only appearance…. Although there seems to be something related to her she moving behind the scenes… the keyword is “next patch!?”

Shiki’s classmate. Her nickname is Sacchin.
She is a pitiable girl, who had been Shiki’s classmate several times since middle school, but never managed to capture his attention.
She just happened to catch sight of somebody who looked like Shiki walking through town one day, and because of that ended up being bitten by a vampire. Afterward, she stalked the town at night as a half vampire herself, her body and mind crumbling, until she encountered Shiki and met her end.
Basically, your typical tragic heroine. She remained unrewarded to the bitter end, but I’d like to believe she at least received a fleeting salvation in her last moments.
As it happens, she had an exceptional predisposition for being a vampire. The fact that she was able to operate as a Dead Apostle less than a day after being bitten is totally unheard of. That she was only able to discover her talents after death… it’s a little ironic, no? Exactly what you’d expect from the shadow heroine Sacchin.
Still, at her core she’s a normal girl. Though she might be on the same level as the 27 Dead Apostle Ancestors as far as pure suitability is concerned, since her personality is still human it seems that she’s doomed to be an eternal dropout.
In Melty Blood Re-ACT, she participates as a usable character for the first time, allowing players to enjoy situations that were impossible in the original story. Sion is her pen-pal and fellow back-alley dweller. It’s a relationship based on the assumption that Satsuki was still alive when Sion first came to Japan.
The reason she doesn’t have the corpse-throwing killer move that she demonstrated in Tsukihime is because the Satsuki in Re-ACT has still never killed anybody. Perhaps if there’s ever a “full vampire” version of Satsuki, though, it will make an appearance as well?

Shiki’s classmate. During the vampire incident one year ago, she was bitten by the vampire Roa and subsequently went missing.
In Re-act, she appears as a dropout vampire who still sides with humanity despite having been turned into a Dead Apostle.
She is a pitiable girl, who had been Shiki’s classmate several times since middle school, but never managed to capture his attention. Even now, she is nursing an unrequited one-sided love.
Something of an oddity, she was unremarkable as a human, yet had exceptional talent as a vampire. The fact that she was able to operate as a Dead Apostle less than a day after being bitten is totally unheard of.

High school girl turned half-vampire after being bitten by a vampire. She roams the city at night with Sion and Ries. 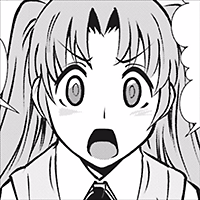