A secret ritual that was being studied in Chaldea.
It was deemed “realizable” with the first successful case by Chaldea in the year 2004, and development has proceeded since then.
The Heroic Spirit (second successful case) that was summoned in 2010 and that would become the cornerstone of the system, showed his disapproval of Chaldea’s research policy, and took an uncooperative stance.
In 2012, the third case, Leonardo da Vinci, was summoned, and the Heroic Spirit summoning system entered the practical application stage with his/her cooperation.

The Heroic Spirit summoning system was prepared as a means of response during a Rayshift, explains former director Marisbury. If any abnormality occurs in the past, it’s impossible for us in the present to remove the affected area. In that case, there is no choice but to resolve the problem by having a mage Rayshift directly to that era. However, even if the Rayshift is successful, only the mage’s physical body can be brought along. There are no reliable weapons available in that situation.
For that purpose Heroic Spirits… Servants are necessary, Marisbury thought. No matter how much history mutates, as long as it’s an extension of human history, Heroic Spirits will exist. If their power is borrowed, one can fight at any era.
“Heroic Spirits are a spiritual phenomenon of a higher order, and the Throne of Heroic Spirits exists in a dimension above this dimension.
They are an existence that transcend time. For the methods of human preservation utilized at Chaldea, there couldn’t be better collaborators. That is because once the contract is signed, they can appear in any era.” 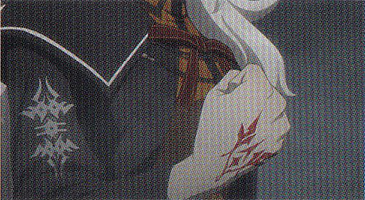